The principle binary struggle of the 21st century is not left or right, but open societies versus closed.

The early history of the open data movement, as chronicled in these pages, tells us that data will certainly play a critical role in optimizing service delivery, creating new business opportunities, and setting new policy. Cities ranging from Asheville and Portland to Chicago and London have set up open data shops; millions of dollars of economic activity have been stimulated both at the local and national levels; and core civic services such as childhood welfare in Maryland and Public Works in Louisville are being constantly renovated through data. Beyond these tactical enhancements, cultural and social shifts are emerging as citizens build more trust in their government and become more engaged in its work.

Still, the legacy of the open data movement remains to be seen. The long-term success of our current efforts should be measured not only by their efficacy now, but by their ability to catalyze future action into new challenges and harder issues. While progress has begun in difficult areas such as personal data, platform integration, and inter-agency coordination, we have only just scratched the surface. As open data becomes mainstream, political and philosophical issues are coming to the fore. How can we design for inclusion? How can we reconcile privacy and openness? We must take on these questions next.

To address these challenges and realize future opportunities, a key lesson from these narratives must be taken to heart. Data is at best a tool—sometimes a blunt one—and tools are only as good as their operators. The open data movement must look not only beyond transparency as an end goal, but beyond any single constituency as operators. “How to open data” is not only a question for governments, and neither is “what to build with it” one for civic startups. New York City has pioneered some of the most impressive applications of data analytics, while BrightScope has opened up millions of rows of data. The Smart Chicago Collaborative, Philadelphia’s Chief Data Officer, and SmartProcure have all used data to advance policy reform. Civic hackers and journalists have played a critical role in making data more meaningful and available.

There are countless other examples—many detailed in this anthology—of unexpected open civic data operators from all facets of our society. In this way, open data has served to blur the lines between our public and private lives, to reconnect the consumer, citizen, and civil servant. When looking ahead, this may be part of open data’s greatest legacy: the emergence of a new kind of connective tissue that enables us to create governments of the people, by the people, that work in the 21st century. 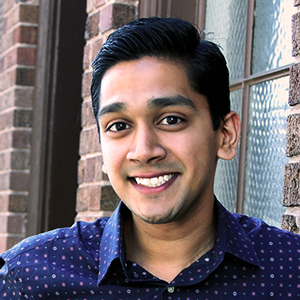