The rise of open data in the public sector has sparked innovation, driven efficiency, and fueled economic development. And in the vein of high-profile federal initiatives like Data.gov and the White House’s Open Government Initiative, more and more governments at the local level are making their foray into the field with Chief Data Officers, open data policies, and open data catalogs.

While still emerging, we are seeing evidence of the transformative potential of open data in shaping the future of our cities. It’s at the city level that government most directly impacts the lives of residents—providing clean parks, fighting crime, or issuing permits to open a new business. This is where there is the biggest opportunity to use open data to reimagine the relationship between citizens and government.

And as momentum grows and norms are set, we reach a critical turning point in the trajectory of the movement. As a community, we need to be reflective, mindful, and adaptive. We must take stock of what’s worked so far and what we still need to learn in order to ensure we are driving towards meaningful, sustainable outcomes.

Beyond Transparency is a cross-disciplinary survey of the open data landscape, in which practitioners share their own stories of what they’ve accomplished with open data. It seeks to move beyond the rhetoric of transparency for transparency’s sake and towards action and problem solving. Through these stories, we examine what is needed to build an ecosystem in which open data can become the raw materials to drive more effective decision-making and efficient service delivery, spur economic activity, and empower citizens to take an active role in improving their own communities.

How This Book Came to Be

The idea for this book originated while I was in my role as Chief Information Officer for the City of Chicago. I was often flooded with requests of how to replicate the Chicago “success story” with open data. Some essays had been written to talk about implementations using specific vendor platforms. This was valuable, but I felt it required a broader approach. The more I thought about it, the more I came to believe that the moment was right for a “guidebook” of sorts that documented the successes and lessons learned of open civic data so far.

I had become acquainted with Jennifer Pahlka, founder of Code for America, through the City of Chicago’s engagement as a Code for America Fellowship city in 2012. We had built a trusting relationship through our discussions related to Code for America’s work in Chicago, and continued to get to know each other at the ongoing stream of open government and civic innovation conferences, meetings, and events that we both frequented. As I pondered how to push forward this idea of marking a milestone in civic open data, Jen was an obvious ally.

I reached out to Jen with a big idea: let’s write a book on open data. For two busy professionals, this seemed like a herculean task, but a plan came together that leveraged the resources of Code For America along with the insights of key players in the data space. Jen was enthusiastic and pulled together a team from Code for America to support the project. Within a few weeks, we had an initial list of contributors signed on. Within a few months we had chapter drafts in hand and a working outline of the book. A good idea coupled with agile execution—in many ways, the way this book was created embodies principles of the open data movement in and of itself.

What Does This Book Seek to Do?

Beyond Transparency is a resource for (and by) practitioners inside and outside government—from the municipal chief information officer to the community organizer to the civic-minded entrepreneur. We aim for this book to accomplish a few specific things.

For a local government looking to start an open data program, we hope the lessons outlined here will help them do exactly that.

We want to spark a discussion of where open data will go next—and how we, as practitioners, can be smarter, more effective, and more broadly impactful.

We want to help community members (technologists and otherwise) outside of government better engage with the process of governance and improve our public institutions.

And we want lend a voice to many aspects of the open data community. In this book, you’ll see perspectives from many different participants that comprise an open data ecosystem: public servants, community organizers, NGOs, technologists, designers, researchers, journalists, and citizens. With Beyond Transparency, we’ve brought together a diverse cross-section of the field’s top innovators and leaders to share their stories of what has been achieved with open data so far, what they’ve learned along the way, and how we can apply those lessons to realize a more promising future for America’s cities. As they look back on what’s been accomplished so far—and what is yet to come—emergent themes resonate throughout their stories.

As the title of this book suggests, the community is realizing the need to look beyond the rationale of transparency and instead align open data efforts with policy objectives, applying it to solve problems that really matter and make better decisions about how to allocate scarce resources. We also hear again and again the need for citizen-centered design that borrows principles from the User Experience field to move from data that is open to data that is truly usable and accessible by the public. Many practitioners cite the need for open data standards—across various types of civic data—to increase interoperability and make impact scalable. These are just some of the ideas and lessons that emerge from the stories gathered here.

As we look forward, this is an exciting point in time. We have proven the value of open data. We have shown it can be done in short order, in cities of all sizes, from Chicago to Asheville, North Carolina. And now it is up to all of us to carry on the work that has been started.

Thank you to my wife Sarah—as I continue to pile on projects, her tolerance is remarkable. Thank you to Lauren Dyson and the rest of Code for America team who helped bring this vision to fruition. Thanks to Mayor Rahm Emanuel, whose support laid the foundation that allowed open data in Chicago to become what it is today. And above all, thank you to the community of practitioners whose work is featured in this book. Your ingenuity, hard work, and commitment to innovation illuminate a path forward to a stronger public sphere powered by open data. 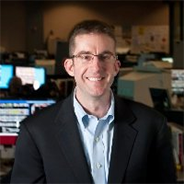